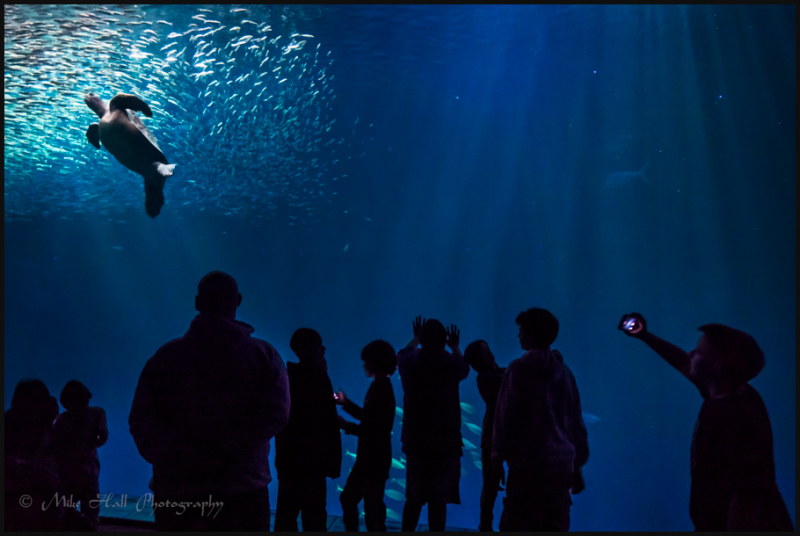 Previous Next
← previous day next day →

The silhouettes of the visitors looking at the exhibit against the surface lit water is what captured my attention initially. Then it was just the matter of waiting for some elements to line up. The school of fish, the sea turtle swimming up into some light... When the young man on the right held his phone up to capture what he was seeing, I knew I had my shot for that scene !

Thanks for visiting my photoblog. Though I may not be able to respond to every comment, I do read them all and I appreciate your interest.